To support my research at Harbin Institute of Technology (Shenzhen), China (2015 - ...), I was awarded the following grants.

To support my research at University of Moncton, Canada (2011-2015), I was awarded the following grants.

Descriptions of some previous or current projects are given below.

I have also developped or collaborated on several algorithms for discovering itemsets and associations in transaction databases such as:

I have also made contribution on the topic of sequence prediction.

In my recent works, I have developped data mining algorithms to enhance the capabilities of intelligent agents. In particular, I have explored the possibility of improving the behavior of agents by discovering temporal patterns in their behavior.

For this purpose, I have devopped an original sequential pattern mining (SPM) algorithm providing several more features than classical SPM algorithms such as handling time constraints, valued items, dimensional information and eliminating some form of redundancy [1].

This algorithm has been applied in two tutoring agents integrated in the CanadarmTutor tutoring system. First, we have build an agent that can learn a task by observation. It proceeds by recording the behavior of other agents and then extracts frequent patterns from this data [1, 2]. In our application, this allowed the tutoring agent to learn domain knowledge by observing humans. The agent can then use this knowledge to provide tailored assistance to learners. Second, we have built an agent that learn from its own behavior by reusing behaviors that lead to self-satisfaction [2, 3]. This allow an author to provide the agent with different behaviors and to let the agent learn automatically which one is more succesful in different situations.

Other works with data mining and agents are currently in progress.

For many real-life tasks such as driving or operating a robot, the spatial dimension is very important. For learning such tasks, relying on a simulated virtual environment can be beneficial, as it can allows reproducing complex scenarios at a low cost. However current virtual learning environment cannot generate scenarios that are tailored to each learner spatial representations and skills, to help learners develop their spatial reasonning capabilities. 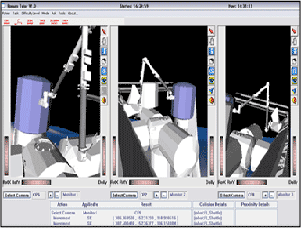 Therefore, the goal of this project is to develop (1) a new cognitive model for evaluating spatial skills and representations of learners performing tasks with a simulator-based tutoring system, and (2) to propose mechanisms for using this insight to automatically generate personalized scenarios and feedback that will help learners to improve their spatial representations and reasoning skills.

To achieve our goal, we have extended a cognitive model that we have developped in previous work ( see project 3), based on the latest researches on spatial cognition. The extended model [1, 2, 3] was applied in the CanadarmTutor tutoring system (cf. fig. 1) to automatically evaluate spatial representations and skills and provide custom assistance to learners that learn to operate the Canadarm2 robotic arm.

The proposed model offers three layers of knowledge for the description of learning objects:

To build learning environments that can provide tailored assistance to learners during learning activities, a popular solution is to model the cognitive processes of learners with a cognitive model. It allows a tutoring system to closely follow the reasoning of learners to then generate tailored assistance. This is the idea originally proposed in the Cognitive Tutors by Anderson et al. (1995). However, their cognitive model can be improved in several ways.

For this reason, we have decided to build an alternative cognitive model. The model is directly inspired by the work on Cognitive Tutors. But it provides several originalities such as:

This work has resulted in a knowledge representation framework [1,2,3] comprising mainly: 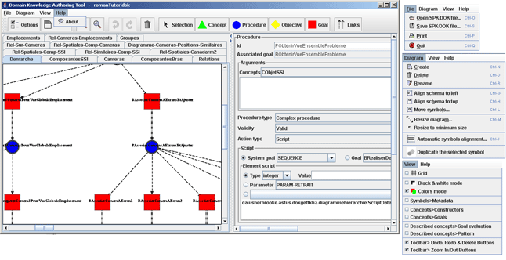 Fig 2. The Latest Version of the Authoring Tool

Earlier versions(2003-2006) of the knowledge structures and interpreter have been designed with André Mayers and have been described in my M.Sc. Dissertation (P. Fournier-Viger, 2005). They have been used in several projects including:

Fig 4. An Early Version of the GNT Tutoring System 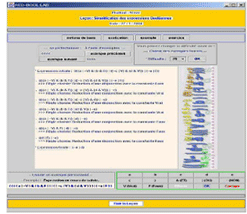 Fig 5. An Early Version of the Redbool Tutoring System 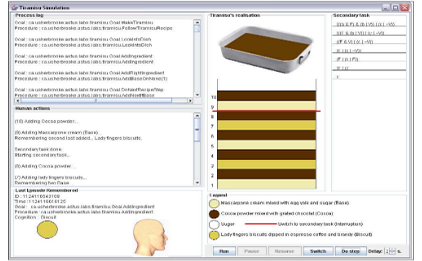 Fig 6. A Cognitive Simulation of the Realisation of a Tiramisu Cake 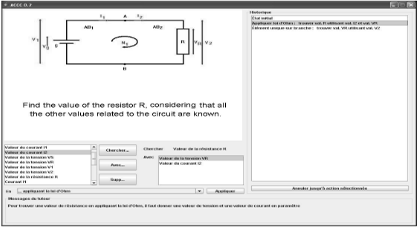 Fig 7. An Early Version of a Tutoring System for DC Circuit Analysis