This example explains how to split a time series by number of segments using the SPMF open-source data mining library.

To split the data, it is required to provide a number of segments w per time series for spliting the time series.

For example, in the above example, if the number of segments (data points) is set to 3 data points, the result is: 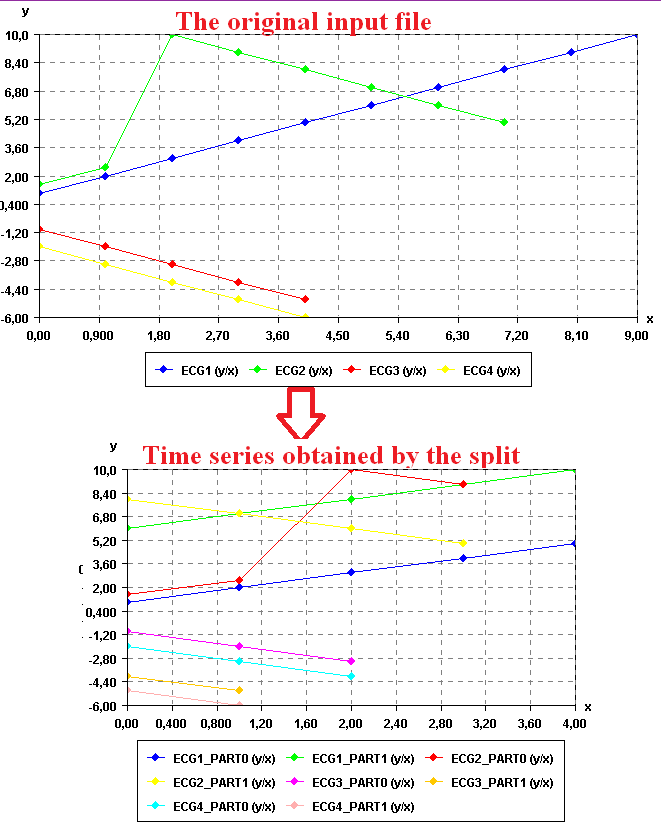 The input file format used by this algorithm is efined as follows. It is a text file. The text file contains one or more time series. Each time series is represented by two lines in the input file. The first line contains the string "@NAME=" followed by the name of the time series. The second line is a list of data points, where data points are floating-point decimal numbers separated by a separator character (here the ',' symbol).