This example explains how to calculate the piecewise aggregate approximation of a time series using the SPMF open-source data mining library.

Calculating the piecewise aggregate approximation (PAA) of a time series is a popular and simple way of reducing the number of data points in a time series (a way of doing dimensionality reduction).

For example, in the above example, if the number of segments (data points) is set to 4 data points, the result is: 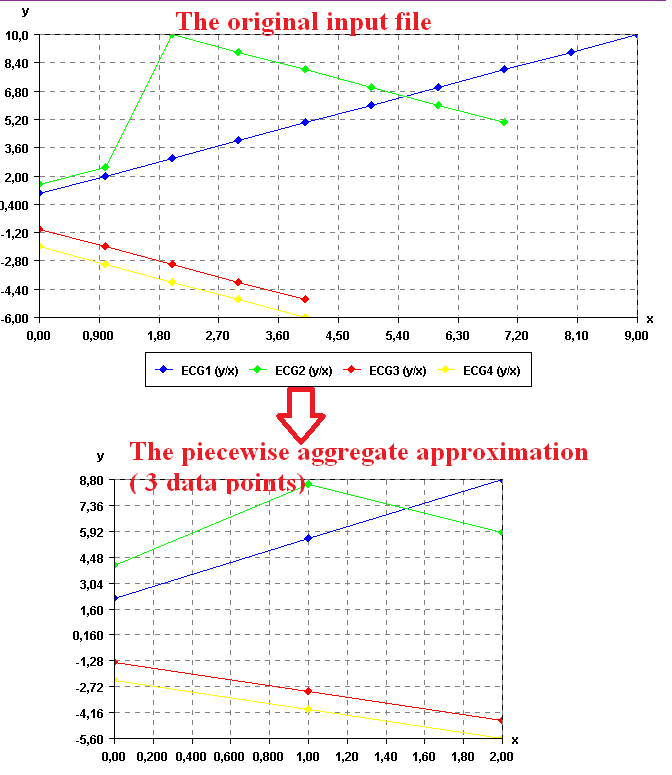 It is possible to see that the number of data points has been reduced while still keeping the shape of the original curve for each time series.

The input file format used by this algorithm is defined as follows. It is a text file. The text file contains one or more time series. Each time series is represented by two lines in the input file. The first line contains the string "@NAME=" followed by the name of the time series. The second line is a list of data points, where data points are floating-point decimal numbers separated by a separator character (here the ',' symbol).

Where can I get more information about the moving average?

The concept of Piecewise Aggregate Approximation is described in the paper of Lin et al. (2007):